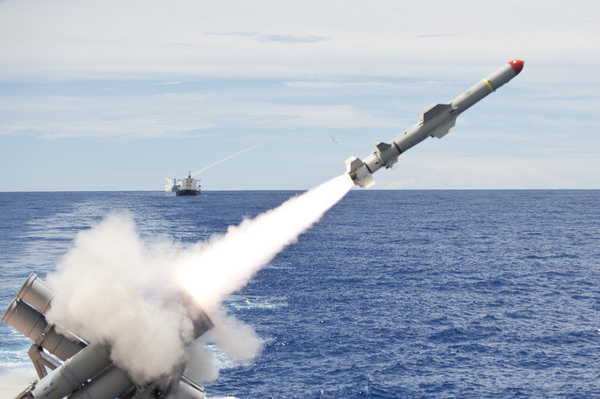 The airstrikes in Syria were strategically brilliant. Yet this has baffled many, namely the more libertarian minded among us.

There has been an awful lot of alarm and negativity thrown against the president over the last few weeks. I say weeks, because he has only been president for a few weeks. At first it really bothered me how negative the media was towards him, especially on inauguration day. He wasn’t even allowed a grace period, or a honeymoon period as you might call it. But now its starting to become somewhat amusing.

While the rest of the world, or at least America and Europe are playing checkers, President Trump is playing 3D chess.

By launching a missile strike while the Chinese President was visiting, he forced the Chinese to take him seriously and disabled their ability to heavily criticize him.

The missile strike forced not only Bashar Al Assad to take him seriously, it put Iran and North Korea on notice also.

The strike also put Russia on notice that it can no longer completely have its own way in the Middle-East anymore. It also completely blows the conspiracy theories about him being elected by the Russians completely out of the water.

In one fell swoop President Trump has blown up the liberal conspiracy theories, which were the strongest argument (if you can even call it that) that they had left.

It also completely overshadows the rise of Justice Gorsuch, which was another (and perhaps only) piece of ammunition the Democrats had left in their arsenal to rail against President Trump.

All the arguments against Gorsuch during his rise are now overshadowed by an airstrike which will now be speculated about for the next few weeks.

In the mean time Secretary of State Tillerson will be in Russia to talk to his counterparts. Instead of the Liberal media spinning it as him cozying up to his mates. They will be reporting about a possible coming conflict. In reality all it does it force Russia to take the US more seriously and allow better deals to come about.

As for the refugee crisis and the non intervention comments President Trump made back in 2013, you have to look at the current situation. You have to deal with the cards you’re given.

A lot of liberals and libertarians are upset. Their argument is that images of children dying is enough to provoke a missile strike, but women and children fleeing to the US is not allowed is somehow hypocritical.

Let’s break it down simply. Statistically the vast majority of refugees are military age men, not women and children. Even if they were, it is still not a good idea to allow thousands of refugees all the way to America when there are neighboring countries perfectly capable of helping out while also containing the radical jihadists.

The US is already tangled up in the Syrian mess. President Obama and his administration got the US into the mess to begin with.

President Trump was genuinely upset by the murder of innocent civilians and the use of chemicals is crossing the now infamous red lines set in place by President Obama. A strike on an airfield sends a powerful message to the world that the US is not to be messed around with anymore and that that kind of warfare is not to be tolerated.

For better or worse the US is the worlds foremost superpower. Part of making America great again and ensuring free trade and peace is by asserting American dominance. That is not something the libertarians like to see, but that is dealing with the cards you’re dealt.

President Trump is playing the cards he has been dealt in the best way he can. What he is doing on all fronts is playing the Art of War and showing that the US is still a power player on the world stage. That is a great thing for America and for the World.

Communism was only able to fully take over Soviet Russia because the US provided the poor with food. If they had not sustained the people with bread and water, the Russian’s would have eventually rebelled and the empire would have come crashing down.

America will never be taken over by socialism. It is a mathematical impossibility. The only reason Europe has been able to sustain itself is because there have been capitalist nations in the world propping up the whole system.

At 16 Trillion Dollars in debt, we simply cannot afford to pay for any more social programs. 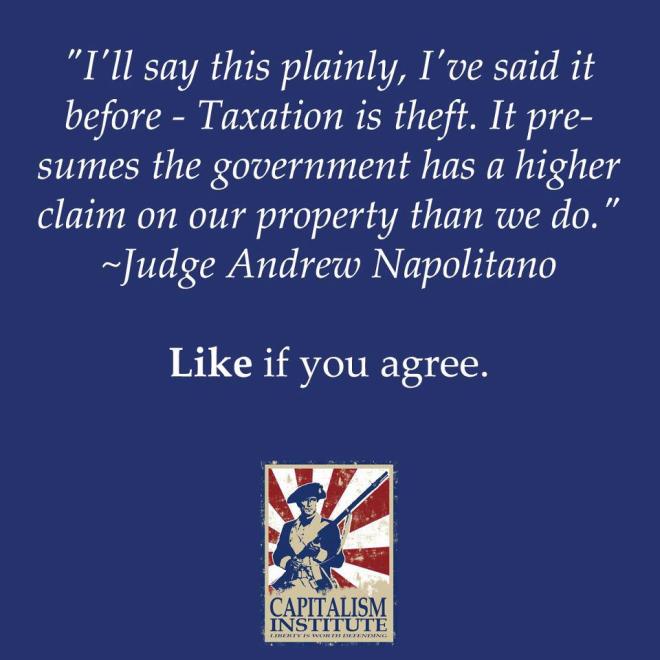 We are already seeing signs that Obama’s grand plan is failing. Hundreds of businesses have announced plans to lay off workers and cut hours to stop the heavy burden and costs of ‘obamacare’.

Almost every State has now signed a petition on the white house website to secede from the Union.

People are fed up, they will not put up with the slug that is socialism. We are in a period not seen since the revolutionary and civil wars. It is literally a battle between the producers and the moochers. But guess what? The producers will not allow themselves to be shackled. Before they pay another dime for social programs and taxes, they will simply close up shop and ‘go galt’. 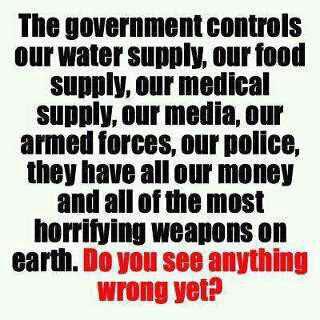 The engine of the world is driven by capitalism. Without it the whole world falls apart, and no amount of ‘pull’ will be able to stop it.

The battle back toward peace, liberty and prosperity has only just begun. Let not your heart be troubled. We’re in this for the long haul, and there’s a lot of work to be done.

The moochers and looters are currently celebrating their mini victory, and are currently poking fun at those of us who have been working hard to preserve our way of life. Let them have their fun, it will be short lived. Use your frustration to do good, be productive, teach others, prepare yourself and your family for what lies ahead, and be ready to reclaim the world.

Socialism has just about lived out its course in history, and when it comes to a sudden end, it will vanish from the earth, and individuals will rule once more.

America is the land of opportunity, the land of Capitalism and free enterprise. If you take those traits away, it is nothing but an empty shell, one which will fall, break and disperse, and the fragments will rebuild the way it was supposed to be. Whether we continue as a unified republic or as several states will mutual exchange of goods and services, America will flourish once more. We are currently shedding a skin, and a new one is already forming.

Go join your local Tea Party, your local liberty group, go talk to your neighbors who hold similar opinions. Build friendships, make alliances, stock up on food in case of a power black out. Learn new skills, teach yourself. Build yourself as an individual, so that no one can ever pull the rug out from under you, and so that you can always depend upon yourself, no matter what idiot is in charge of the government. They don’t control us, we employ them. Continue to throw out the incumbents, and continue to install new principled representatives who abide by the constitution.

Socialism is almost dead, the socialists just don’t realize it yet. But you and I know better, and we’ll be prepared when it happens.

America’s greatest days are still ahead.