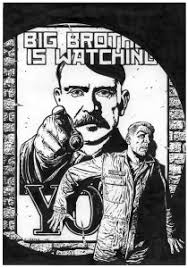 It would be an understatement to say that I’ve been busy lately. Between working full time, buying a house, and having family members stay with us, I’ve been up to my eyeballs in documents and errands during all my usual down time. I’ve not really had any time to write a blog in at least a month.

I have however been paying attention to national politics though, and I must say I am extremely glad to see how conservatives are starting to stand with Rand. As many of you know, I am a big Ron Paul supporter, and to see his son deliver similar messages in a more palpable manner, is a great step toward restoring the constitution and the backbone of this country.

People are becoming bolder, I see people openly and proudly claiming themselves to be gun owners, capitalists, and supporters of the constitution, no matter what the federal government decrees. It is truly inspiring to see this in the aftermath of the general election, where it looked like all was lost. I knew at the time that if we all just dug in, that things would get better, no matter how hard the winds of socialism blew against us. Within weeks the president and his cronies overreached with gun control legislation, and the free people of this nation very loudly and very clearly told him to go screw himself, and that the government could only take our guns when they pry them from our cold dead hands. For a week or two I seriously thought we might end up in a civil war.

Luckily for us, we do now have at least one senator who will stand for freedom, who will stand up against the establishment, and the march toward totalitarianism. A man who will stand for hours at a time if necessary to make the voices of the republic heard. The Tea Party is coming back with a vengeance and 2014 is truly RINO hunting season. Its time to dust off the party of Reagan, clear out the Bushes, the McCain’s and the Grahams, and truly become the party of limited government and the constitution again.

Everything starts at the local level, get involved with your local Tea Party, and throw out the collectivists. Be proud to be a capitalist and a supporter of the Constitution.

As for me, I’m working hard right now, and I’m cooking up something really special. So stay tuned, and may the constitution be with you!

Another original from the talented Ben Garrison. Keep up the good work Ben!

It has been 100 years since the Federal Reserve came into being. It started as a conspiracy. It has ended up creating impossible debt for the American people while tremendous wealth and power was transferred to the banks who own it. Congress relinquished its responsibility to the private Federal Reserve (which is neither Federal nor a Reserve) ostensibly to lessen the boom and bust cycles in the economy. Instead, it has pushed and funded endless war (profitable for them), the boom of the Roaring ’20s, the bust of the Great Depression and currently the largest, longest ‘recession’ our country has known.

Another reason commonly stated to justify the Fed is that they prevent Congress, ignorant of economic matters, from spending the country into inflationary oblivion. In a way, that has still happened. The only difference is the money is not pure fiat. It is DEBT money. That means it must…