The “sanction of the victim” is the willingness of the good to suffer at the hands of the evil, to accept the role of sacrificial victim for the “sin” of creating values.

Facebook started out for me as a way to connect with family members I had left over seas. I have shared photographs and memories with friends and family alike. Lately the site has devolved into collectivist inspired in-fighting. It is no longer enjoyable. To spend your time defending yourself simply for being yourself is a waste. Some words from T S Eliot found in Joseph Campbell’s ‘hero with a thousand faces’ stick out to me in situations like this, and the only option left is to withdraw entirely and commit to other more productive endeavors.

The assumption has now been made that it is socially acceptable to heckle other family members over trivial matters, that it is okay to lampoon someone for anything posted on their page that does not conform to social norms. Facebook has now pulled in millions of people into the swirl of collective mantra, where everyone has to get on to get along, and if you stray too far from the murky middle, you will be condemned and thrown to the wolves. 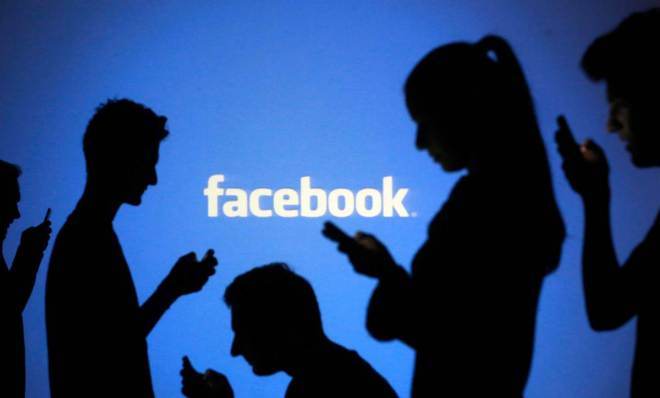 The rampant self imposed narcissism coupled with the collectivist ideals of equality makes for a dirty mix. I’ve seen people who ought to know better berate their grandparents over pent up emotions that ought to have been dealt with in private. I’ve seen otherwise well spoken people blast expletive filled diatribes in comments when a post wasn’t to their liking.

Social media is a double edged sword. It can connect you with distant family members, it can allow you to share photographs with long lost relatives. But it can also be used to vent emotions before heads have had a chance to cool.

It is not acceptable to berate others in public, it is not okay to heckle family members, it is not alright to disrespect elder members of your family. There is a time and a place to air your grievances, and it is always better to do it in private, one on one.

The shame is that Facebook is such a great and easy place to connect with people. The problem is that it is like being in an arena with all of your friends and family watching you. It’s hard to grow and learn new things when there is an audience constantly plugged into your very existence.

And so it was time for me to leave. I deactivated my account. I’ll log back in to check up on some people and to grab their email addresses and telephone numbers some time in the future. But the days of me checking statuses every hour of the day are over.

The time has come to shift focuses onto new endeavors. There are many new projects waiting in the wings, ready to be started and published.

I have a short ebook ready to publish, and a longer one being written. My wife and I just opened up an online store, and my father-in-law is getting ready to start selling the chapters of his new book.

This just in from Ben Swann WXIX:

MAJOR UPDATE: I told you last night about U.S. Marine Brandon Raub who was being held against his will in a mental hospital in Virigina… without having been served with an arrest warrant or charged with any crime. Today, a U.S. District judge agreed with the points we made last night, that Brandon’s constitutional rights had been violated. Today, Brandon Raub has been released.

“In court Thursday, the judge said that the petition was blank and didn’t list a single allegation against him. The judge said Raub suffered a “deprivation of his liberty” by being held without a clear claim.”- WWBT TV

This is a major victory for all the online journalists and bloggers who made this story viral and spread it across the web.

Congratulations to everyone who participated in spreading the story, and who formed groups on social networks such as Facebook and YouTube to get the message out there.

Let’s do all we can to keep our eyes pealed and make sure this doesn’t happen again!

After doing more research on Brandon Raub, I find myself agreeing with him on much of what he says. This is a post he made on his Facebook on November 11th 2011:

America has lost itself. We have lost who we truly are. This is the land of the free and the home of the brave.

This is the land of Thomas Jefferson.

This is the land of Benjamin Franklin.

This is the land of Fredrick Douglas.

This is the land of Smedley Butler.

This is the land John F. Kennedy.

This is the land of Martin Luther King.

We have allowed ourselves to be deceived and seduced by the powers of the printing press. It is not a good system. It discourages saving: the foundation for all stable economic activity. The Federal Reserve is artificially manipulating interest rates and creating phony economic data.

This thing has deceived our entire nation.

They created it in 1913. They also created the income tax in 1913. They encouraged the growth of debt so they can tax you on it. There is interest on the debt. Your government is in bed with these people. They want to enslave you to the government so that they can control every aspect of your lives. It is an empire based on lies. They operate of greed and fear.

There is a better way. It’s called freedom. Freedom is called a lot of things. But there is a true meaning. It means very simply that you have the right to do whatever you want as long as you are not infringing on the freedoms of other people.

I firmly believe that God set America apart from the other nations of the world. He saved a place where people could come to to escape bad systems of goverment. This system we have created works. It really works.

There is evil going on all around the world. The United States was meant to lead the charge against injustice, but through our example not our force. People do not respond to having liberty and freedom forced on them.

Men and Women follow courage. They follow leadership, and courage. Our example has paved the way for people all around the world to change their forms of government.

Force is not the way because liberty is a powerful concept. The idea that men can govern themselves is the basis for every just form of government.

We can govern ourselves. We do not need to be governed by men who want to install a one world banking system. These men have machine hearts. Machine and unnatural hearts.

They have blocked out the possibility of a better world. They fear human progress. They have monopolies on everything.

These people have been hiding technology. There are ways to create power easily. There is technology that can provide free cheap power for everyone. There are farming techniques that can feed the entire world.

The Bill of Rights is being systematically dismantled. Men have spilled their blood for those rights.

They have done some extraordinary acts. Their deeds go before them. But these wars are lies. They are lies. They deceived our entire nation with terrorism. They have gotten us to hand them our rights. Our Rights! Men died for those rights!

September Eleventh was an inside job. They blew up a third building in broad daylight. Building 7.

Your leaders betrayed you.

You elected an aristocracy. They are beholden to special interests. They were brainwashed through the Council on Foreign Relations. Your leaders are planning to merge the United States into a one world banking system. They want to put computer chips in you.

These men have evil hearts. They have tricked you into supporting corporate fascism. We gave them the keys to our country. We were not vigilant with our republic.

There is hope. BUT WE MUST TAKE OUR REPUBLIC BACK!

Brandon’s Facebook page in many ways looks like mine. I post many articles, quotes and pictures on a daily bases. The difference is that I don’t say anything that would lead people to think I’m inciting violence. Some of his comments could be misconstrued that way.

I wonder if he knew that if he posted enough, he would be picked up? He doesn’t seem like a dangerous person to me, but perhaps ‘the authorities’ thought he might be another James Holmes, and go on a rampage.

The things that Brandon was posting on his facebook page make a lot of sense to those of us who have become aware of the corrupt system that works behind the scenes. Our republic really is under threat from multiple groups right now.

“I feel like I am standing at a great crossroads. As if a storm of destiny is about to pick me up and take me to fight a great battle. A battle I could have never imagined existed” – Brandon Raub

If he chose to make a scene of himself on facebook to get picked up and expose the tyranny that has gripped our nation, then I say more power to him. Non-violence is a far stronger weapon than some idiot going on a killing rampage. I think the heros like Brandon have seen enough bloodshed from our fruitless and unconstitutional wars in the middle east.

I believe his ‘sever heads’ comment is only a metaphor, as you can certainly sever other peoples arguments when you sharpen your blade on the grindstone of truth.

Whatever Brandon’s intent on Facebook, whether he, like myself is just out there to expose the truth, or whether he was just venting, or imploring others to do their own research and join him in the argument for liberty. Then I say he is a hero for exposing the system for what it is.

Let’s keep up the pressure and expose what’s happening to him, so that no-one else is picked up and detained.

Here are further news stories which are finally starting to surface about him:

It is up to us as individuals and citizen journalists; to put the pressure on the mainstream media and get events like this covered. Without us, patriots like Brandon will be left to rot in a cell somewhere under a once free republic.

You deserve to kow the truth. There has been an overwhelming amount of evil enacted and planned against you, your children, and your countrymen. It is great in scope. Your government evil. It is as simple as that.

And the calvary is coming.”

Yes Brandon, the cavalry is coming; there are many people like you out there, and our ranks are swelling every day. We need not have bloodshed again on our soil, but we will take the country back.

Cliffhanger the Overmanwarrior: An Outlaw to Communism, Fighting for the Constitution