The Republican National Convention was a complete disgrace. As I mentioned in my previous article, the establishment just took a huge power grab, and stomped all over the grassroots movements. 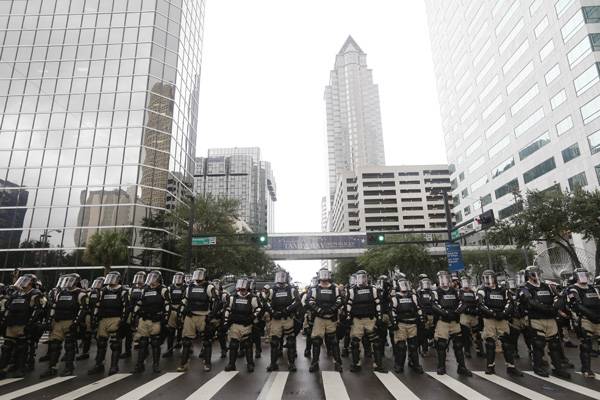 Chris Littleton nails it with his article ‘The GOP can because you’ll take it’ Please click on the link and take a few minutes to read it.

The time for party pandering is over. On the national scale, we must show the establishment on both sides who’s boss. 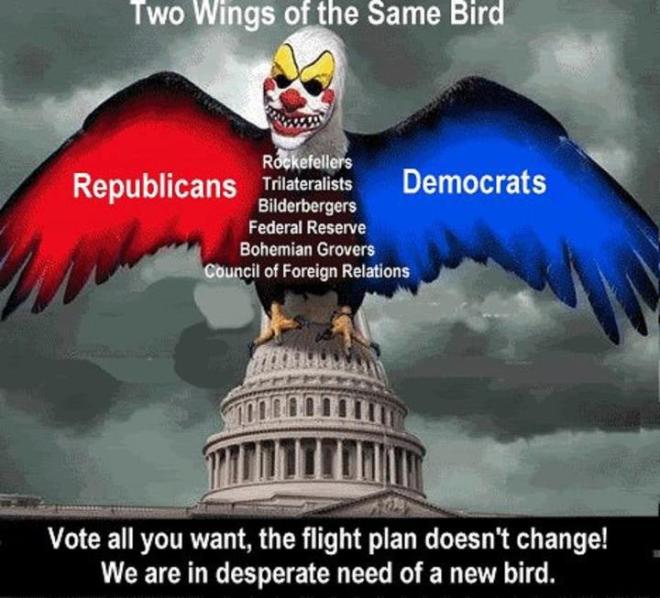 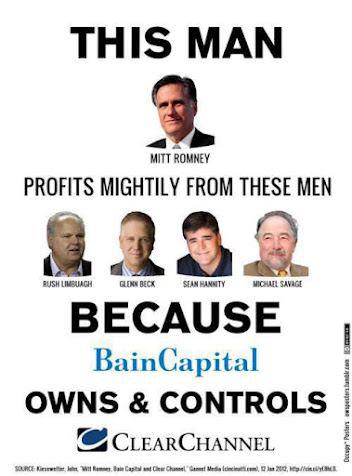 What many don’t understand is, though Obama is a terrible president, he is not much different than Bush. Both voted for liberty stripping bills such as the Patriot act and NDAA, both passed stimulus, and both ran up the deficit. Mitt Romney is no different either. And although many call Obama a socialist and many other names under the sun, what many don’t realize is that Mitt Romney would have even more power over us than Obama, and wouldn’t do much, if anything to change his policies. 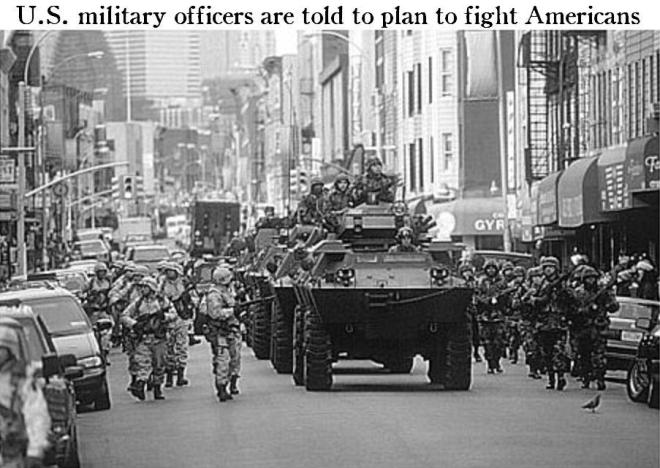 Ask yourself this; ‘What is the motivation of our current presidential candidates for office? For liberty and freedom? Or for more power, wealth and control?’ 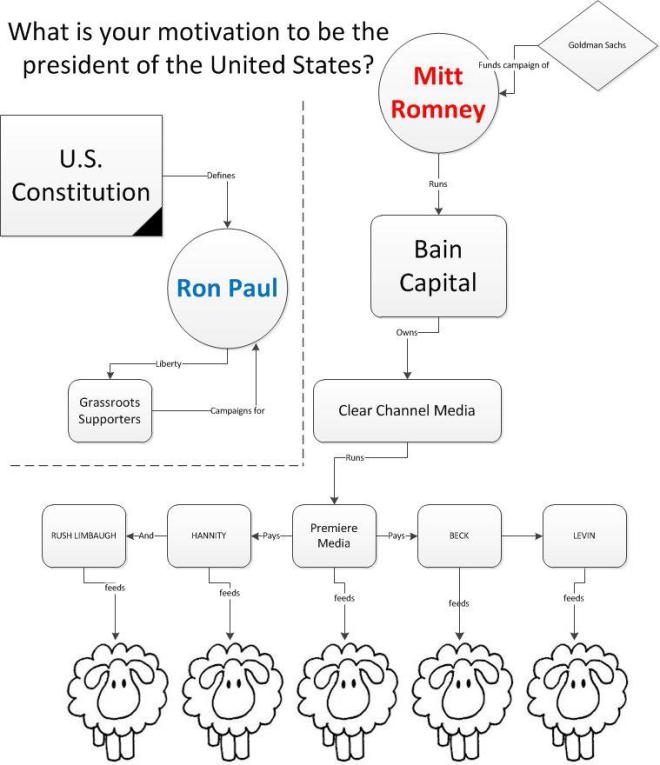 So which is better? Having a National Socialist or a Soviet Socialist as president?

Many argue that we shouldn’t split the vote, but I ask the question ‘which vote?’

I think we should split the tyranny of the big government Obama/Romney ticket and vote for Gary Johnson.

There are enough disenfranchised voters on both sides of the political spectrum. What many on the right do not realize is that the liberals are not all ‘commies’ and ‘welfare whores’ but rather many of them voted for Obama because he campaigned as a centrist and promised to bring the troops home. When he gained office he simply continued on the same path of massive spending and warmongering as president Bush.

If you vote for Mitt Romney, you are no better than an Obama supporter because you are ignoring all the facts about Romney’s big liberal voting record. And to say that he was an entrepreneur is a joke. Romney’s business did not create jobs, he simply stripped assets and sent jobs over seas. Sure Obama never held a real job in his life, but the line between a looter and moocher is very thin.

It’s time to man up and send a clear message to Washington; the time for big government and good ol’ boy establishment politics is over. 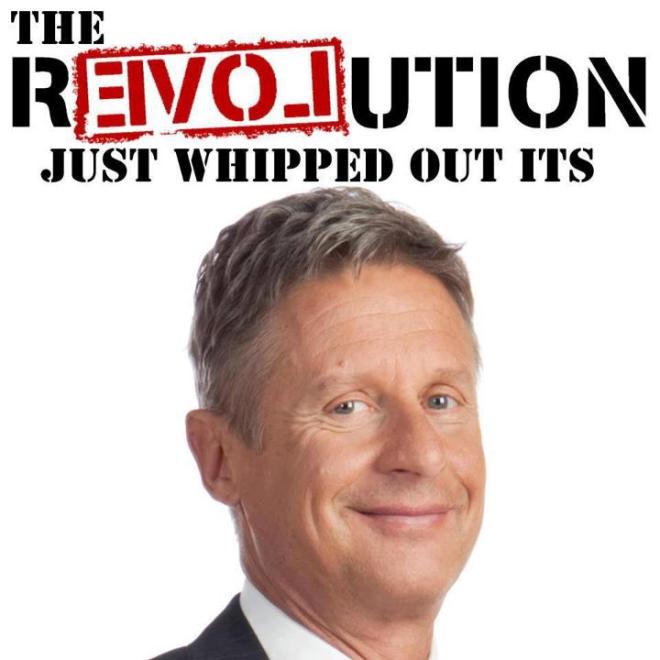 I say we split the vote on both sides, and return to freedom!

I hadn’t attended a meeting in a few months due to being busy with side projects, and being split on ideas of government. I was finding out more and more just how corrupt the conservative leaders are, and was even questioning whether elements of the Tea Party had sold out.

However, the evening’s meeting went well, and the subject matter for the event was about blog posts and alternative media. I was given the chance to make a short speech about my blog and why I do it.

During the event we heard from from Peter Bronson, former editorial editor from the Cincinnati Enquirer about how the media has changed and how it effects politics.

After all the speakers were done talking, I got to meet several people and we had a nice chat about libertarianism, and why its important to stand up for the issues, no matter what party you support.

I got to talk to Bob Coogan, who is a libertarian running for Ohio State House in the 52nd district. He and I talked for a while, and agreed on almost everything. 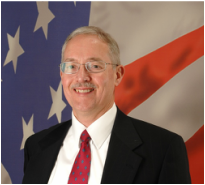 One of the other guy’s I got to talk to said that during the 2008 elections, he felt like he was at a train station and he saw a big red train with ‘republican’ written on it, and a big blue train that had ‘Democrat’ written on it. He said that both trains were running parallel on the track and the only difference was that the D train was running at 100 miles per hour, and the R train was running at 50 miles per hour. His analogy made perfect sense to me, and we talked more on how we need to get the R train to be moving back toward liberty if we are to change things around for the better.

I enjoyed listening to the other speakers, and Peter Bronson certainly has a lot of wisdom accumulated from his days in journalism. Another guy I got to listen to was Chris Littleton. He said that the republicans laid waste to this country during the 2000’s, and that the Obama administration came along and finished the job. I agree with what he said 100%. Our problems lie on both sides of the track, and we really need to clean house in order to set things right again.

Here are the blog sites of the people who gave speeches during the event:

It really made me feel good to hear so many people voicing their opinions and standing up for their rights. We really are the new main stream media, so get out there and write!

Don’t be afraid to get involved; libertarians will help steer the ship in grassroots organizations such as the Tea Party’s, since their beliefs in limited and constitutional government are similar to many conservative thought patterns. Libertarians tend to use sound logic and critical thinking and can help the more gun ho conservatives in getting better fiscal and constitutional minded leaders elected. 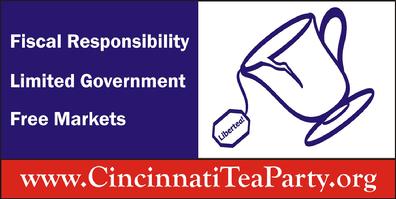 All in all, I had a great evening, and I saw for myself that the Tea Party is alive and well!