I’m not watching the debates for two reasons: one is that I don’t have cable, the second is that I could care less about them. I’m not interested in watching the charade. It’s all staged, and its all fake. There are no hardball issues, and no real solid answers. So what’s the point? But instead of being negative, I’ll just post some humorous videos of Obama and Romney. In many ways these videos are more factual than the men themselves.

Will Obama call you maybe?

Would the real Mitt Romney please stand up:

Barack Obama is here to save the day:

But to be serious for a minute. The two party system is broken, the country is in shambles, and we are nearing complete destruction:

So you can vote for ‘the lesser of two evils’ (if you can figure out which one that is) or; you could always vote the third option:

If you see the bigger picture, you’ll know how much is really at stake, and that no Romney or Obama candidacy will fix anything. These amazing videos on YouTube, both funny and factual are more informative than any staged debate. They can only show you the door, but to open it; that’s up to you.

As I prepare to set off for a much needed camping trip with my little family consisting of myself, my wife and my dog, I leave safe in the knowledge that there are those out there continuing the fight for liberty and truth. 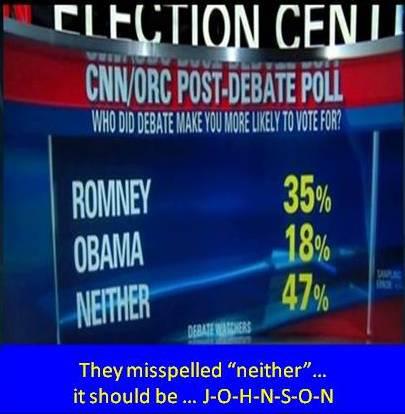 People are starting to realize that the path they are on will only lead to destruction.

The mainstream media is failing, and the false flag attacks by corrupt governments are failing also.

“Great military peoples have conquered their known world time and time again through the centuries, only to die out in the inevitable ashes of their fire. Well over two thousand years ago, the Chinese philosopher, Laotzu, concluded that:”Weapons often turn upon the wielder, An army’s harvest is a waste of thorns.”We may have to resort to arms in the future, as we have in the past. We may have to use them to prevent atomic war from being launched against us. But let us have the wisdom to realize that the use of force is a sign of weakness on a higher plane, and that a policy based primarily on recourse to arms will sooner or later fail.” — Charles Lindbergh, Of Flight and Life, 1948 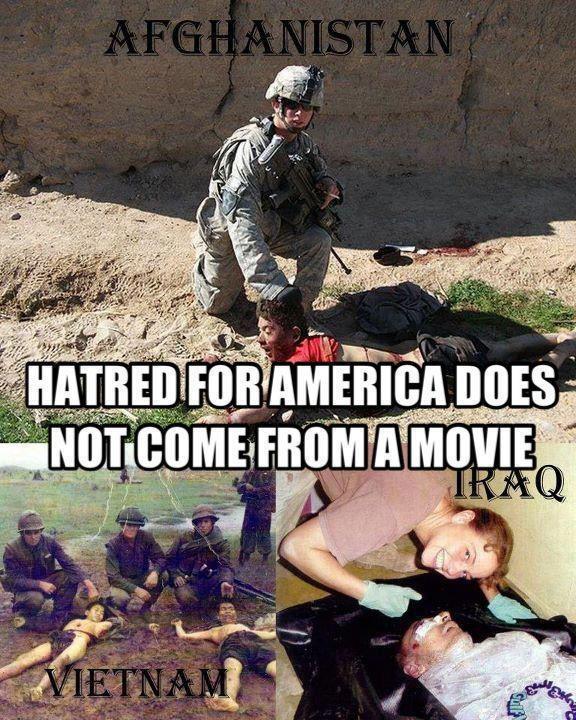 America, you have become a nation of enablers and apologists for tyranny and mass murder. You condemn the Nazi and gulag guards of times past even as you celebrate your own mercenaries and torturers, even as you explain away, if not outright cheer, the unspeakable crimes committed by your sons and daughters. You don’t care who you kill, as long as your soldiers are paid, and your munitions, bomb and tank factories are humming.

Safely ensconced in academic luna parks, your leading intellectuals lean slightly right or left, but never enough to rock this blazing gunboat, lest they sour the cocktail parties or, god forbid, have their tenure revoked. Mouths stuffed with antipasti, they’re expert at sidestepping Israel’s prolific crimes, 9/11, Bin Laden’s faux death or the parasitic Federal Reserve, and as another joke election nears, they’re all gung ho about candidates who back illegal wars and banking frauds, since each is supposedly the lesser of two evils.

I did not watch the presidential debates Wednesday night, because I’ve already found out that the two aired contenders are liars. I know that the whole thing was staged, and that no real difficult questions were answered. The status quo was maintained, and apparently Romney won. But there are so few people paying attention to the idiot box we call the TV right now, that it will not swing the vote. This is a good thing. The grip of the corrupt empire is tightening, and more systems are slipping through its fingers.

If we do not wake up soon, we will perish. There are many evil forces at bay, that extend past communism/fascism and the left vs right paradigm. 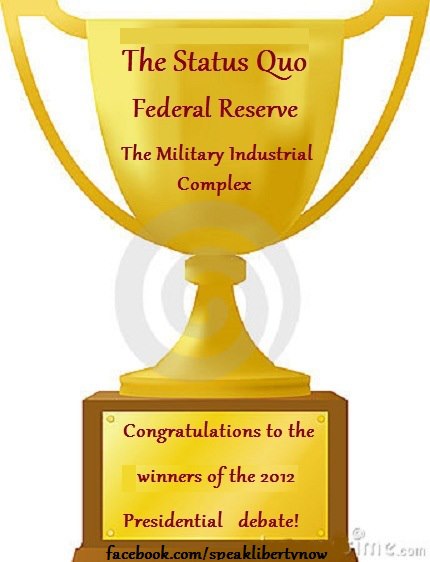 The dark ages were dark because people barely survived, and paid too much in taxes to feudal lords who lived lavishly of the peoples sacrifice. Inventions were quashed and scientists were hung. The status quo was maintained and the people were silenced. Do not allow anyone to quiet your mind or your resolve.

As I go offline for the weekend, I pray that the world will not while I’m gone.

So while I’m out on my mini adventure, do yourself and the world a favor; don’t let it destroy itself. Stand out as an individual. Rub your eyes, and venture out into the world. You are capable of anything. Evil only triumphs when good men do nothing, and the evil doers are running scared!

I have nothing to gain from these posts except a chance at a future.

There are periods in history where the individual must stand up and fight, or perish with the collective. We are currently living in such a time.

I do not relish the idea of pounding out an article each day. Well; not every day. There are days, as in recently that I’d rather just wake up, take a shower, make a pot of coffee, cook breakfast and take the dog for a walk, and not think about anything but the fresh morning smell and the sun rising. 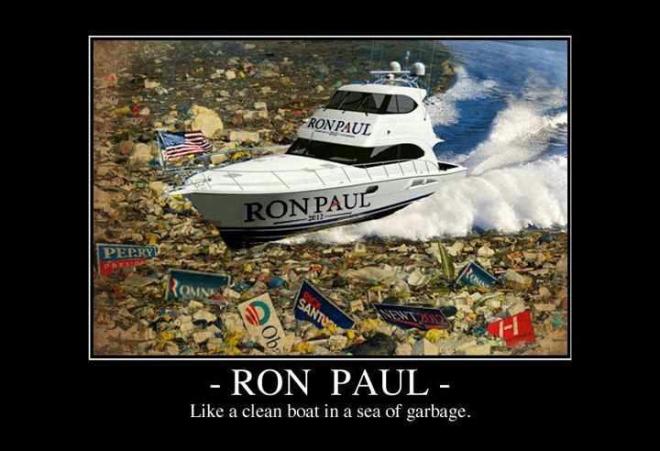 In a political sense, I do not fall into the left/right paradigm. It makes no sense to me, and I only take part in it when there is advancement to be gained toward liberty and economic freedom.

With the current presidential contenders from the democrats and republicans there is a dead heat. They are both as bad as each other. I don’t buy the idea that Barack Obama is an undercover Marxist Muslim here to drive the country back into the stone age. Equally I wouldn’t call Mitt Romney a great businessman, or our lord and savior. At best, these two clowns are puppets who will do whatever their financial backers tell them to. Almost all of those in power have been bought and paid for, and it does not matter if they are all Marxists in disguise or if they are fascists only interested in a quick buck. They are all bad, and they need to go. 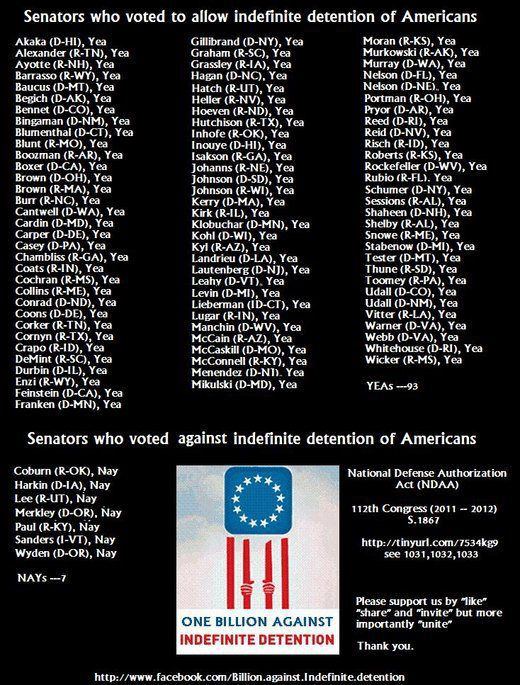 I’m not interested in term limits, because there are good congressmen out there such as Ron Paul who have served well for over two decades. Term limits would only give the wrong-doers a tighter time frame to commit their evil acts. 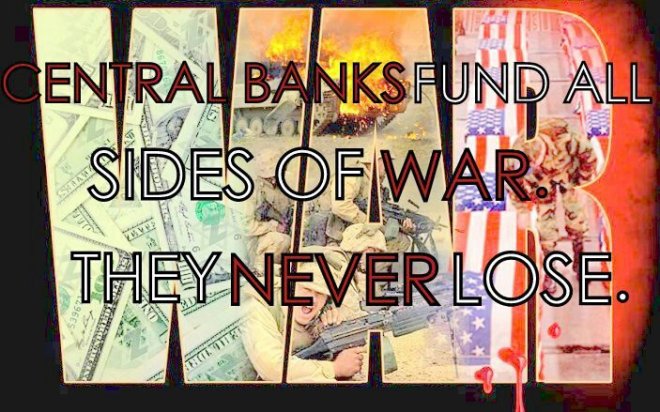 Our problems are far deeper than ‘the economy’, ‘benefits’, ‘medicare/medicaid’ and all the other ‘issues’ that have been trumped up by the past administrations and played like a pied piper for all of us to debate about fruitlessly and endlessly.

The United States has the most advanced document that enshrines human freedom ever conceived by human intelligence. The protection of this document and the enforcement of it by its citizens is paramount to the survival of this country and to the world.

Before the US constitution there was the Magna Carta, a document which was signed in my very own home town of Canterbury, England. For me; freedom and the ability to say and do as you please runs deep.

If we do not restrict the power of government from both sides of the US political isle soon, we will lose the ability to do so entirely.

For my generation, it really is liberty or death. We are not much interested in all the other ‘issues’. On our current path; which is nearing hyperinflation; we know that the economy will fail. We can deal with that, we can rebuild that. But if we lose freedom now, we will never again see it in our lifetime. Economies boom and bust, but can be rebuilt. But can a country which has lost its moral compass return to freedom so quickly? I doubt it.

No one in my age group who I have spoken to seriously about politics is going to vote for Romney or Obama. They are all Ron Paul supporters. We will all be voting for Gary Johnson in this election period, in support of the same ideals. If you are serious about defending liberty, and providing a chance at a future for my generation, I suggest you do the same. 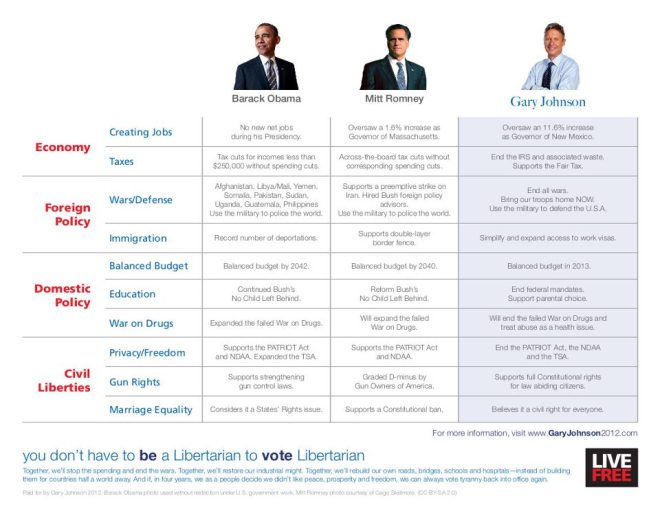 It does not matter if we win the election or not. Mitt Romney is not going to beat Barack Obama. Romney is too stiff, too out of touch, and his rejection of the young and grassroots movements has already cost him the election.

Can we survive another four years of Obama? That is uncertain. Can we afford not to make a difference in this election? No. We must make a difference. The more people vote libertarian, the bigger the message will be to Washington to change its ways. Who knows, we might even win. 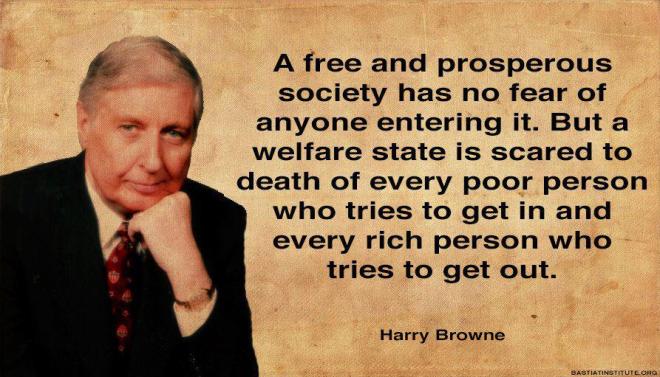 Freedom is not won overnight. It takes many battles, many of which will be lost, but over time the message will spread and the war will be won. But it is up to the individuals to stand up and make a difference. And that is why we fight.