The dust has settled a little from the tragic event in Colorado on early Friday morning.

What doesn’t add up is how calm the defendant is, and how spaced out he is. He looks like he’s under hypnosis or on drugs or something. 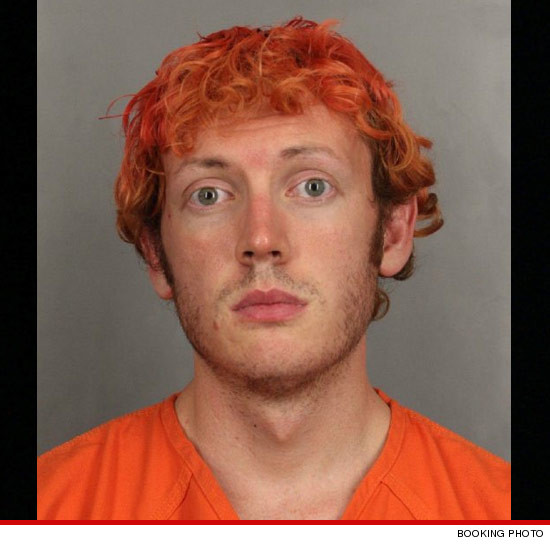 Also; where did he get tear gas from?

How did he manage to shoot 71 people with a semi automatic weapon, in just 1 1/2 minutes?

And how was his adrenaline not in overdrive when the police arrive?

Also, all the evidence is now destroyed at his apartment because of the controlled explosions.

And it seems that he already has a layer of lawyers.

And one more thing; why would a successful PhD student just drop out and go and do this? He doesn’t look angry, he just looks possessed.

A couple of gun owners clubs say that he had a guttural sounding voice over the phone, that sounds like someone who is possessed.

Why did the news reports say there were multiple shooters, then immediately turn around and say there was only one?

All of this is too strange and too neat to simply gloss over and say he was just psycho. I now think there was more to it.

When you consider that the UN small arms treaty is being ready to be signed soon, it seems a little too convenient to have a mass murder occur in one of the strongest supporting nation’s of firearms, right before the treaty is signed.

In other news, the only other things we heard over the weekend from the mainstream news channels, was the escalation of violence in Syria, and the prime minister of Israel; Benjamin Netanyahoo; blaming Iran immediately after the bombing in Belarus, when no evidence was even gathered, and Iran denied having anything to do with it.

When you take into consideration that the Olympics is starting in a few days in what is now highly militarized London, and the security was provided by an Israeli owned security company (which failed to hire enough security guards) everything that is going on right now seems mighty fishy.

Over the last few months I have been doing a lot of research into what has gone on in the US and the rest of the world in the last couple of decades and I can see many sickening coincidences.

It seems that 9/11 was a false flag event also, and that Israel is behind a lot of the bad things going on in the world and particularly the middle east right now. To be specific, it is the extremist faction in Israel called the Zionists, who seem to be behind everything.

Now I’m no conspiracy nut, but when you do enough research and use an analytical mindset, it isn’t hard to see the truth.

Stay vigilant, keep an eye on the mainstream news, but keep reading independent news articles and blogs. I sense a bigger plot about to happen.