The mainstream media has reported that Mitt Romney has picked his running mate. 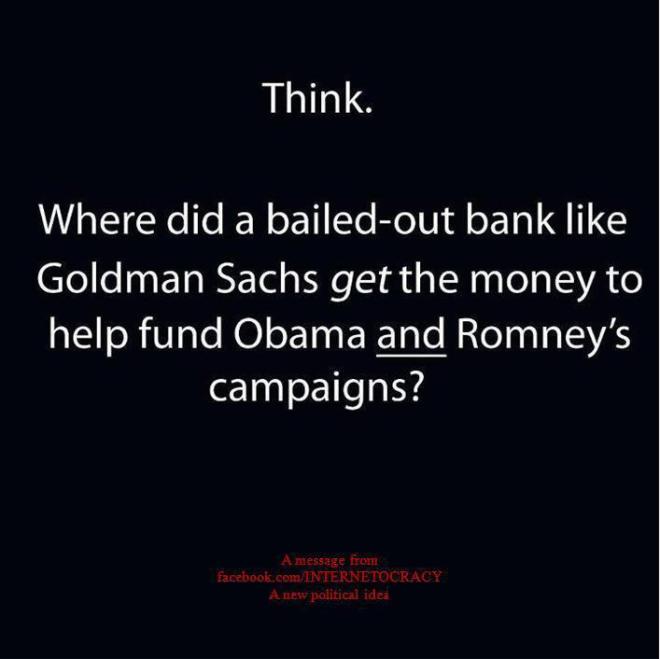 I thought you had to be the actual nominated candidate to pick a running mate?

Apparently the Tea Party is supporting the Mitt Romney and Paul Ryan ‘ticket’.

Why would the Tea Party which proclaims itself to be ‘a national resource for all who support political reforms based on the core principles of limited federal government, states’ rights, balanced budgets, individual liberty, freedom and personal responsibility’ support two men who represent none of these beliefs?

So I ask the question; “has the Tea Party sold out?”

If the Tea Party actually stood by its own principles, then wouldn’t it be supporting Ron Paul right now and doing its best to force the hand of the GOP into nominating a constitutional minded patriot who believes in the very ‘core principles of limited federal government, states’ rights, balanced budgets, individual liberty, freedom and personal responsibility’ that the Tea Party claims it supports?

Ask yourself that question, and go do your own research, please turn off your TV and actually look at what’s really going on. Please look at the candidates pasts, their voting records, what they’re really about. Don’t just take the media’s word for it. 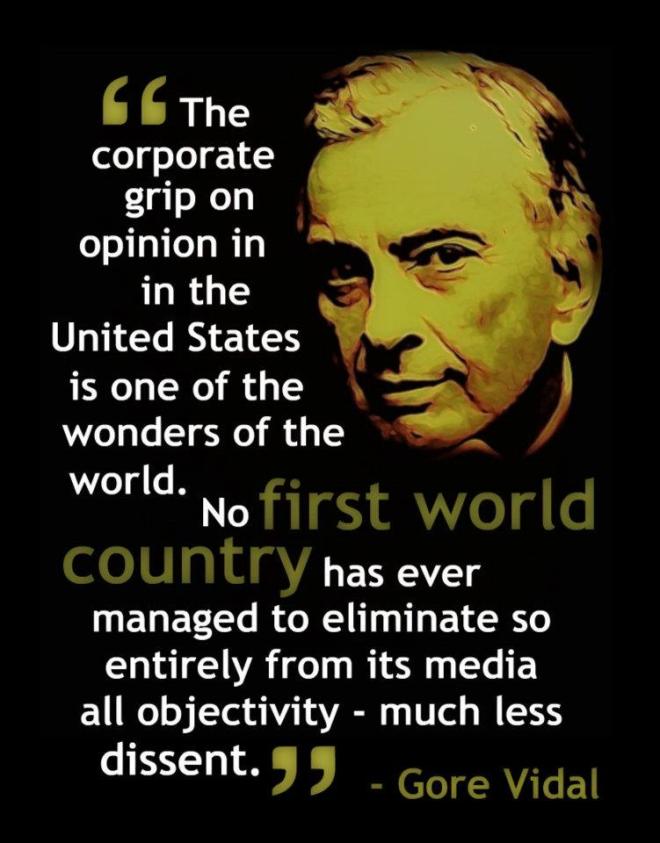 I think the Tea Party has been hijacked and steered back into the direction of big government by other means. There is a difference between blind nationalism and patriotism. Barack Obama and Mitt Romney are one and the same. But we still have a chance to change this course. At the end of this month we have a chance to elect Ron Paul for the GOP nomination. I suggest that if you are a Tea Party member, that you stand up and tell the rest of your group that if you are a true patriot, you should stand behind the only candidate in the GOP against big government Romney. 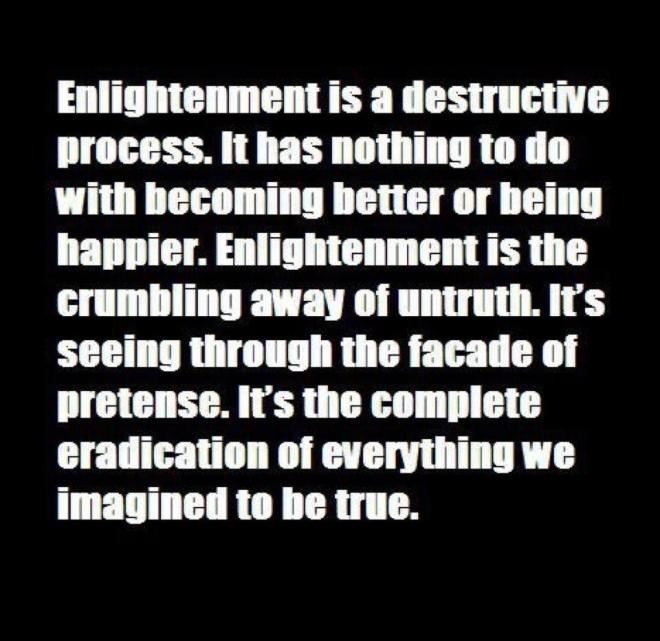 If you are too afraid to stand up to the group, then you’ve already lost your freedom. It is not a comfortable position pointing out what is right when everyone else is wrong. Personally I hate having to point these things out. But Mitt Romney is not going to solve our problems against Obama, they are one and the same. But we do have a chance to put a real patriot in the white house under the GOP ticket. If you truly believe in personal liberty and all the things that the Tea Party is supposed to represent, then lets pressure everyone to get Ron Paul nominated and get him to the white house. There is still a chance! Integrity matters! 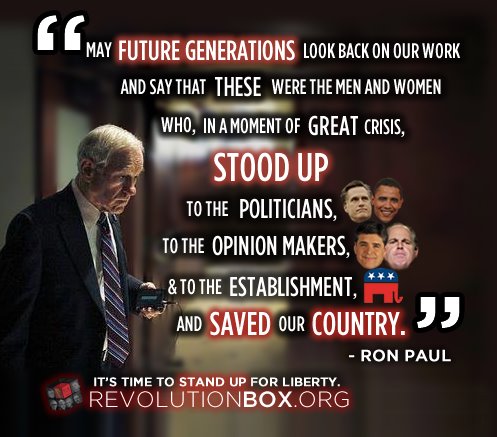