While Barack Obama keeps his golf course open, he sends his minions out to block WWII veterans from visiting their memorial. The closure of National Parks and National Monuments is nothing but a misguided slap in the face to hard working Americans. 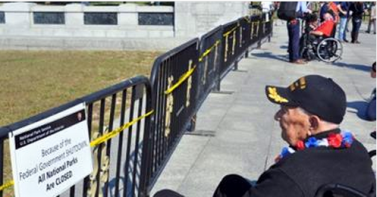 I applaud the Republicans in the House of Representatives for not passing legislation to fund Obamacare. We the people of the United States, the vast majority of us, who understand just what a train-wreck the new healthcare law is, support you 100%. Please keep up your hard work against the tyranny of Obamacare and the backing of it by it’s thugs. We do not care if it takes months to pass another budget. Keep it up, and keep the blame were it belongs; with the democrats and their insane leader Harry Reid.

Barack Obama, you are a fool. You think you can stop people from visiting a memorial to those who sacrificed everything so you could sit in that oval office? You think that’s a good idea, setting up those ‘barrycades’? This little stunt of yours will backfire dramatically. You think your approval rating is bad now, you will be reviled even by your own side in the months to come. So you enjoy your private little golf games, and putting your feet up on the oval office desk, because your days in that office are numbered.

As for the National Parks, my wife and I knew that they would be closed this weekend, but we decided to proceed with our trip to Red River Gorge anyway, as we had planned it months in advance with our friends. We thought that we shouldn’t let a bunch of infantile politicians stand in our way of a good time. 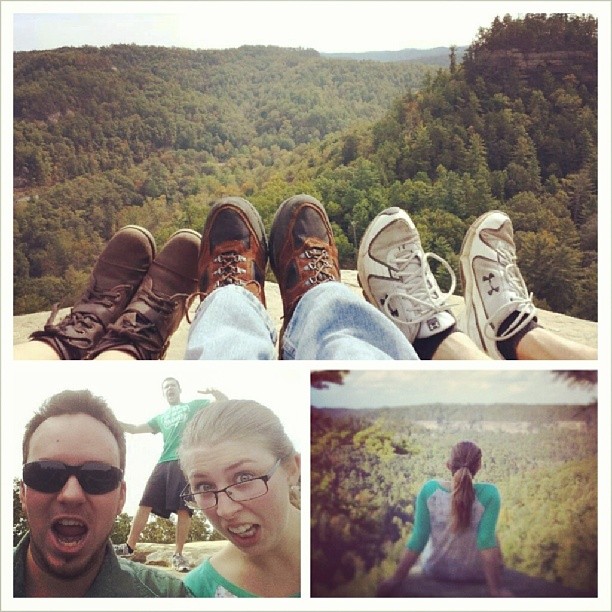 We journeyed into the Gorge on Friday evening, and set up camp at Lago Lindas (as we had the year before) just as the sun was starting to set. As evening turned to night, we found many more stars out in the country, and could even see a ribbon of the milky way shining down on us. Whatever we were in for the next day, the journey had been worth it just for this.

When we woke up the next morning we headed to the Natural Bridge State Park, which we knew was open because it was State owned and operated. To our surprise there were many people visiting the park. Even the Amish People turned out to view natures wonder. 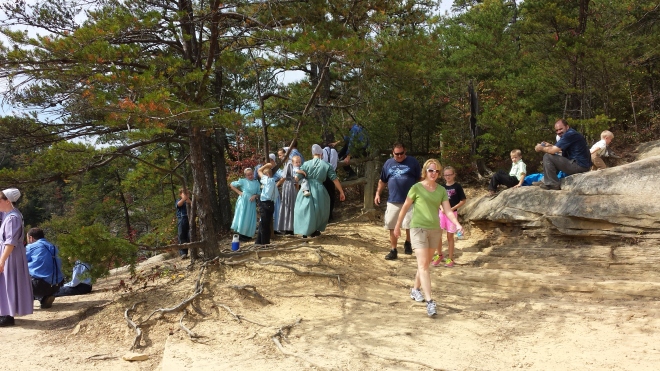 Despite the government shutdown, there were as many people at the Gorge as on any other beautiful Autumn day. We stopped by the Daniel Boone trading post, and I asked the nice old lady behind the counter for a map, while I questioned her on the parts of the park that were closed. She gave me a list of the federal roads that were barricaded, and I asked her if this had happened in the past. She responded that she had been in the Gorge for 40 years, and could not recall a single time when the parks had been closed in this fashion. This gives us more of an incite to the Democrat led Government’s goals. Even though shutdowns have happened many times in the last 40 years, this was the first time this lady could remember such a show occurring in such a manner.

With my new map, and list of closures in my hand, we drove down to Miguel’s Pizza for lunch while we planned out our next adventure. 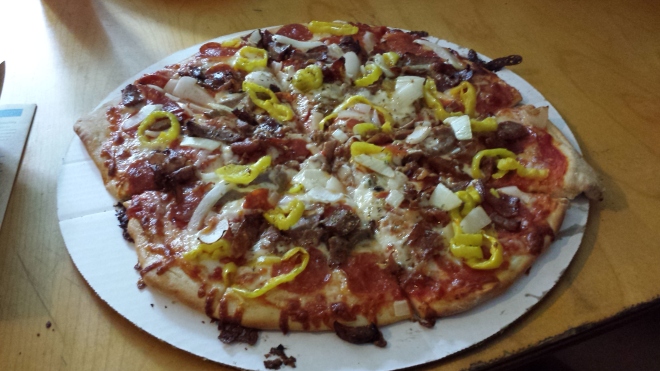 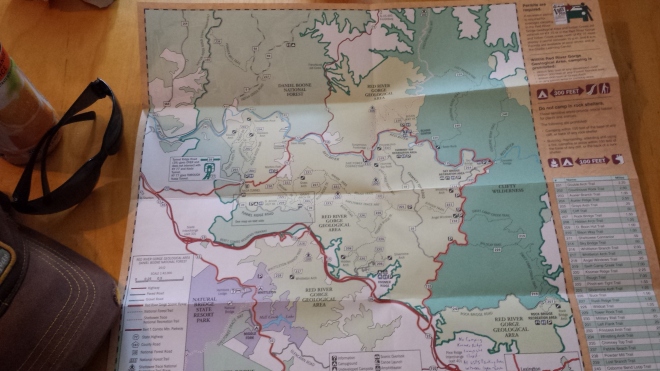 We decided to avoid the federal gravel roads, and explore alternative sites that we’d never been to. Along the way we found barricaded roads, with vehicles parked out in front of them. Apparently many tourists had decided just to hike along these closed roads and see the sites they had come there for, regardless of the silly barricades they had found. I couldn’t help but mentally compare it to the WWII vets tearing down the ‘barrycades’ in DC.

We ended up visiting ‘Whistling Arch’, and climbing up a 30 foot cliff face to find this amazing view of the gorge.

After sitting down for a while and enjoying the remote view that we had found, we adventured further in my jeep, back toward the camp site. Along the roads we drove along, the sides were littered with cars where people had decided just to jump out and find their own ways to the sites they cherished.

So no matter how much the government thinks it can control and punish its citizens, we will always find a way to spit in the face of their tyranny. The government does not own us, it cannot control us or command us what to do. Life always finds a way, and as we discovered this weekend, there are thousands of people who feel the same way that we do, and were not hindered in their enthusiasm to seek adventure in Red River Gorge. 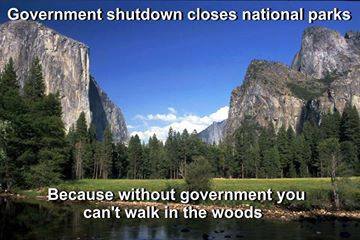 On another plus note, since the federal shut down was in play, people were forbidden to camp in the Danial Boone National Forest. This meant that many more people than normal were using privately owned camp sites to pitch their tents for the night. So no matter how much the President and his minions wish to inflict harm upon the hard working people of this country, it is ultimately the Democrats with their misguided ideology that will suffer. We the people, and capitalism itself are prospering. So by all means, continue your silly charade. We will not be stopped.

2 thoughts on “Spitting in the face of tyranny”