When George Bush left office, the country was in worse shape than when he started. The deficits had sky rocketed, government had grown exponentially and millions of Americans had been laid off. During Obama’s presidency, the deficit has skyrocketed, government has grown, and millions of Americans are still without jobs. During Mitt Romney’s time at Bain capital and as Governor of Massachusetts, debt was created and thousands of workers lost their jobs. Do we really think that voting in ‘the lesser of two evils’ is going to solve our problems?

Does the lesser of two evils simply mean the better of two liars?

I have published a few articles now about why Romney is no good, and how he is not a job creator. And my father-in-law has published many articles on how Obama is no good, and is not a job creator either. Romney is a looter. Obama is a Moocher. There is not much difference between them except that Romney came from a very good upbringing and should know better. What he does is purposeful and evil. Obama gives the impression that he does what he thinks is right. That does not make him better, but to use a Star Wars analogy Barack Obama is like Darth Vader, and by comparison Mitt Romney is Chancellor Palpatine. He says the right things, and tells us he will unite the country, yet his real intentions are far more sinister. If you look at his past at Bain Capital and as Governor of Massachusetts, what he did during those years, the people he looted from, the families and communities he actively destroyed, you will see a path of intended destruction. I shudder to think what his presidency would be like. 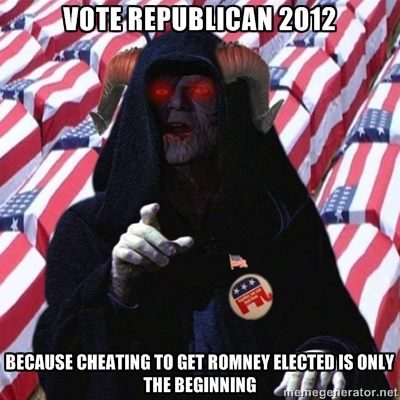 I’ve already pointed out that there’s no difference between Obama and Romney’s voting records and that they stand for the same things. But what Mitt Romney has done in the past and continues to do, is to loot others in the extreme. He and his acquaintances are the reason we are in this financial mess to begin with. Romney cares about no-one except himself. There is a difference between true gold standard backed capitalism, and the vulture crony capitalism that Mitt Romney practices; the kind that has destroyed the infrastructure of this country, and left once great cities like Gary Indiana completely gutted.

Can we survive another four years of Obama? Perhaps. We’ve already managed the first four. Can we survive four to eight years of Romney? I highly doubt it. 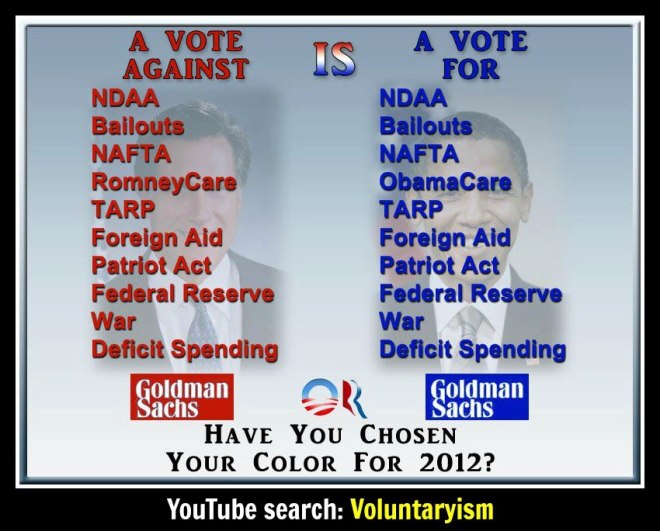 It’s not just that Mitt Romney’s fundamentals and credentials are deeply flawed, and that his business sense is to loot and plunder and destroy companies. It’s his foreign stance too. He has said that Russia is our number one Geo-political foe. Ladies and Gentlemen, this is not the 1980’s anymore, there is no cold war. The Russians are incapable of launching an assault on us, and have no intentions to. As of right now, Russia is heading deeper into capitalism, free markets and freedom, while we are running in the opposite direction. That is truly sad.

Another thing to consider is that Mitt Romney shares friendship with the likes of Benjamin Netanyahu, who wants to bomb Iran based on an unfounded threat. Mitt Romney is extremely dangerous, and he is certainly not a fiscal conservative or a constitutional answer to Obama.

I have provided much information that shows that Romney is no better, and indeed could be far worse than Obama. 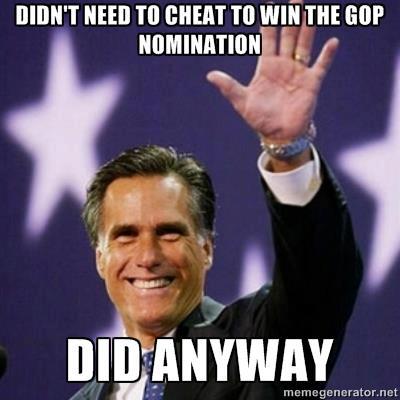 The question is; what will you do?

Are we going to vote out Darth Vader and replace him with the Emperor himself? Remember that the worst leaders in history always start out by appealing to the voters with a way to save them.

Are we voting out one evil to instal a worse one? 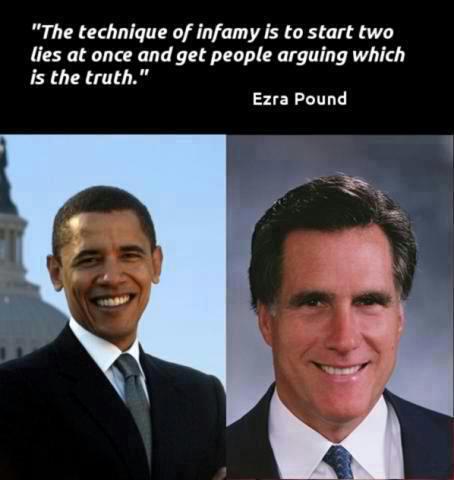 Ask yourself whether there is any real difference between the two candidates, and ask yourself this; 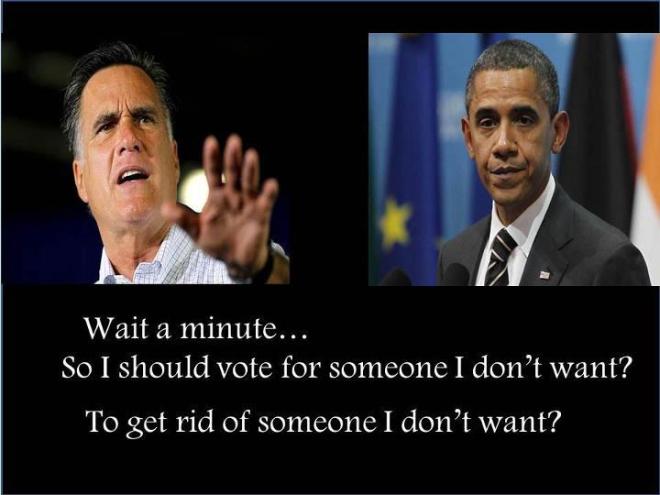 I say that anyone who is on the fence, disenfranchised by both parties, or simply wants a return to sound economics and individual liberties, should stand up, united under the cause of the liberty movement, and vote for Gary Johnson.

Gary Johnson is registered in all 50 states, and is sort of a backup plan for the Ron Paul supporters. Ron and Gary both share very similar ideas, and like each others work.

Can Gary Johnson win? Yes he can, with 1/3 democrat and 1/3 republican voters going to the polls, we can split the vote on both sides and turn both established parties on their heads.

Will Gary Johnson win? Probably not; because most people haven’t heard of him, and many more are clinging to the idea that Mitt Romney is somehow better than Obama and somehow the lesser of two evils. Whether we win the election or not, the more people who join us and become part of the liberty movement, the bigger the sledgehammer will be to take to the dam that both parties have built around our liberties.

I will be part of the movement which changes the history of this country for the better. I will be one of those who finally puts a big crack in the criminals dam.

I invite you to join me and the many others in the liberty movement. Together; let’s smash the dam and bring the water back to the tree of liberty.

One thought on “The lesser of two evils”