With the Lakota Levy attempts, we see cuts to school busing, to extra curricular activities including sports and after school clubs, all the while the teachers still get paid more on average than the rest of the community and all the while they get over three months off per year while many in the community are lucky to get 2-3 weeks off for the whole year.

All the teachers at these schools get large salaries and nice big pensions, while the rest of the community is lucky to hold onto their jobs at all.

Now with the latest levy attempt, we are asked to part with more of our hard earned money to fund ‘technology and security’. To which I can’t help but incredulously ask the question “what for?”

Why do we need more technology and more security, when our students already have state of the art learning centers?

Why do we need to be extorted for more of our hard earned money when the teachers are still getting their annual raises?

Why won’t the school district cut its costs and balance its budgets, instead of raising its debt ceiling and asking for ever more cash from the struggling tax payer?

You see the Lakota School District, among many others, is just like the federal government; corrupt to the core. They simply refuse to balance their budgets and make hard cuts where necessary. 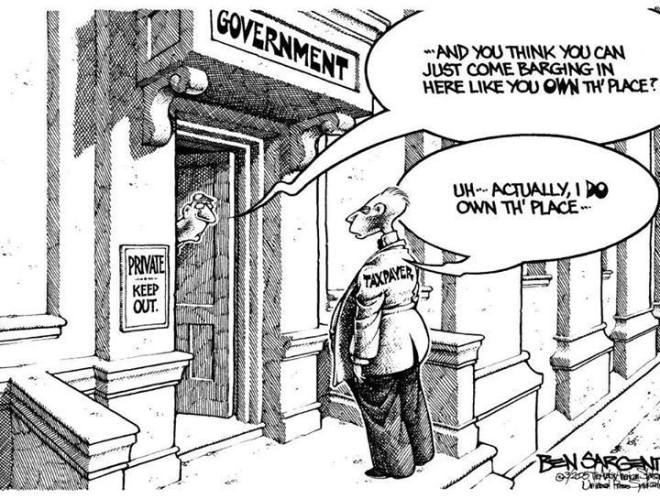 Both the teachers of the Lakota district and the congressmen in Washington still get their pay, still get amazing benefits, still get tons of time off, still get to enjoy lives of relative luxury, all the while the tax payer is not only footing the bill, but is finding it harder and harder just to pay their own bills!

And what happens when we say NO to new taxes? Well, they get all upset and use the same old thuggish union tactics; they cut out all the nice convenient stuff and hit us where it hurts. The schools get rid of busing, the federal government shuts down the parks. The schools shut down after school clubs, the federal government barricades monuments. What a pathetic situation we find ourselves in when both our federal and local governments behave like spoiled children!

What exactly is it that these teachers, this school district is trying to teach our children anyway? That its OK to act like a spoiled brat when you don’t get your way? That you should be spiteful to others and cry and cry until you get what you want? Where is the sense of responsibility? Where are they teaching our kids to make tough choices and to do the right thing? Where are they teaching our kids about respect and reasoning?

I feel bad for my generation growing up in this ongoing recession, but I dread to think what it must be like for the school kids of today. We’ve got whiny brats in Washington, and whiny brats in the school district. What a sad state of affairs.

I truly hope there are at least enough grown ups in the Lakota School District next month to vote NO for this stupid levy, and start pushing for fiscal responsibility and to ask the school administrators to act like grown ups.

If you’re a responsible grown up, and want to get the facts and make some tough choices. You can find out more about the levy and why you should vote NO at www.nolakotalevy.com