This time of year is always good for reflection. There isn’t much going on, and it allows us to think back on the year and judge how well we did, what we did right, and what we did wrong. What did you learn? What did you forget? How can you better yourself in the new year?

For me, I learned to hold my tongue, to take a deep breath, to assess the situation and respond to negativity with simplicity and kindness. 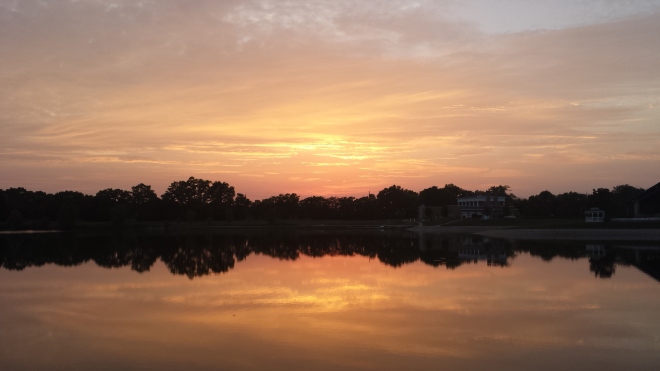 In writing blog posts you come across many negative comments. It’s hurtful, and your defenses go up when you feel attacked. It’s easy to retaliate, but wisdom and grace comes in taking a minute to compose yourself, and take the moral high ground. What is the assailant’s premise? Chances are, if you’re posting something, you’ve taken the time to study the subject. Is there something that the assailant commentator knows that you don’t? Or have they simply over looked facts that you are privy to, that they are not?

There is much wrong with the world, there always is. Wars are fought, dictators made powerful, corrupt politicians elected to office.

We gain power in being gracious, being men of integrity and honor. We become masters of our own destiny when we take the moral high ground. When we fight for what is right, and respond with kind words to those who do not agree.

More is accomplished with neutrality and trade than with war. That is not to say to be passive. Oh no, passiveness will get you nowhere. Many heads have been stepped on for being passive.

After the war of independence, Thomas Jefferson opposed war with France, despite French insults to the newly founded United States of America. Instead of fighting the French, Jefferson ended up securing a deal for the Louisiana Purchase, doubling the size and power of his young country.

Good will to all men does not mean you will not have legitimate enemies. It does not mean you should lay down and take whatever comes. It simply means that you will take the moral high ground by being a man of good character, of having integrity, and good grace. It means responding with civility and conviction, instead of emotion and disdain.

During this Christmas season, and into the new year, I will practice civility, and to fight the good fight with integrity and honor. I wish you all a Merry Christmas and a Happy New Year.

“When you see that trading is done, not by consent, but by compulsion — when you see that in order to produce, you need to obtain permission from men who produce nothing — when you see money flowing to those who deal, not in goods, but in favors — when you see that men get richer by graft and pull than by work, and your laws don’t protect you against them, but protect them against you — when you see corruption being rewarded and honesty becoming a self-sacrifice — you may know that your society is doomed.”  Ayn Rand

These words ring true in my mind when I see people working hard, holding up companies, and not getting the raise or promotion they have earned, while others who don’t even show up on time get big increases because they’ve arm twisted someone in management for a new position and pay.

These words ring true in my mind when I look at all the countries that fell over the last century to socialism and communism. All the capital squandered, all the potential lost.

When you study history, when you look at what has really gone on, it is quite scary to think about how successful communism has been in ruining nations.

When you look at South Africa and Zimbabwe in particular, you see that it was ‘racism’ that drove those countries over the edge. At least, that’s what we’re told. No one wants to sift deeper, because they don’t want to offend anyone. I have black friends, and I have South African friends. I can safely say that the black people of South Africa and Rhodesia were not ready to self govern, they were not well educated enough. The South Africans and Rhodesians were not racist, they simply understood that the indigenous population was not ready to self govern. Unfortunately for them, they got swept up in the movement of the day, calling for equal rights, and now, having been brought down to the lowest common denominator, both black and white people in both countries are worse off.

They are worse off not because of skin color, but because of attitude, because of standards and quality. The people of South Africa and Zimbabwe would have been well off to have slowly introduced black people into the voting and self determining population over a few decades. Both sides would have won, but, in stalling these needed democratic reforms, they spelled their own doom. Aided quite literally by the communists, black majority groups took power, and having the wrong set of ideology, drove their respective countries into the ground.

Since the end of the cold war, the metaphorical glass container holding communism has been dropped, and its contents smashed. It now leaks into society the world over. It’s in our schools and in our government. It’s ideology lives on, despite history showing its devastating and genocidal effects.

When you see common core being introduced into schools, with math equations that even college professors can’t understand being taught. When you see those on welfare living better than those grinding out a 9 – 5 job. When you see energy costs going up because of over regulation. When you see that small business owners are penalized with higher taxes, while low skilled workers get larger and larger tax returns. When you see those who put their blood sweat and tears into inching their way up though companies, small raises at a time, always jumping at the latest promotional opportunity, but then seeing a suck up and an arm twister taking that place over them. When you see the gradual decline of once great industries, and empty buildings on the side of the road, shut down because of too much regulation and too high taxes. When you see news outlets putting down your amendment rights, while glorifying entertainment stupidity. When you see that vulgarity is popularized over virtue, in almost every aspect of your life, you know your society is doomed.

When you see that popular science based on out dated models of doom and gloom, take precedence over steel hard facts. When you see that socialized medicine is viewed as virtuous in spite of historical facts proving otherwise. And when you see that gun control is supported in the name of safety despite statistical evidence showing that gun ownership actually reduces crime. You know that your society is doomed.

When up is down, right is left and forwards is backwards. You know that your society is doomed.

If you are guilty of helping hold up those who do not deserve help, while denying a hand to those who would build so much with it? Are you a part of the problem or the solution?

Are you teaching your kids real history? Are you instilling in them good morals and the ability to think critically?

Or else, society, and civilization as we know it, is doomed.