For a while I considered myself very libertarian, and in many ways I still do, but perhaps now I am more of a little L Libertarian. I am finding myself ever more conservative, especially in light of recent events.

As the news sources continually pour out stories of Russia invading the Ukraine, the rise of the Islamic State, and general belligerence from other nations in the world, I find myself reassessing old points of view on libertarianism. 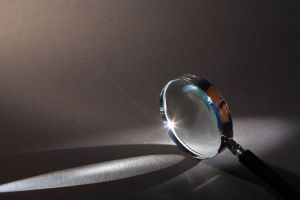 During the 1800’s, from the time of the Napoleonic War all the way until the start of the first world war, Great Britain ruled the oceans. Being a mostly free nation, concentrated on trade, the world entered a boom phase. Not only did the United Kingdom lead the industrial revolution, it brought peace and relative stability to the world, allowing capitalism to flourish.

Today the United States of America is the world’s foremost superpower. It is a mostly free nation, concentrated on trade.  Since the end of the second world war, America has been dominant, maintaining relative peace and stability in the world.

Now, there have been many wars, and many lives lost over the last few decades, but those numbers pale in comparison to the lives lost in the two world wars. The US took up where Britain left off in maintaining trade and capitalism in the world.

There have been many mistakes in America’s foreign policies over the last few decades, many of which will be argued over for many more decades to come. A lot of people say that we should never have gotten involved in Iraq to begin with, and I can understand these arguments.

However. The rise of the Islamic State is not something the world should sit by and allow to happen. The Islamic State is a barbaric and backwards regime. Not only do they kill thousands of innocent people in droves, but they are totally hostile toward western civilization. They will not stop until we are either all Muslim, or all dead. Forget Al Quadi, they’re soft in comparison, these guys mean business.

As the world’s foremost superpower, we do have a duty to maintain order in the world. As a friend of mine once said “nature abhors a vacuum” Do you really want the likes of communist China, or soviet style Russia to be the world’s new superpower? Do you really think either of these countries will be even close to as fair as Britain and the USA have been to other nations throughout the last two centuries?

Do you really think if we just sit back on our hands that everything will just be alright?

Here’s to praying that the house and senate are swept with conservative republicans this fall, so that we can finally begin proceedings against our limp wristed, golfer-in-chief, The world will be a lot safer when we finally impeach this anti-colonial, communist traitor from the white house. Barack Obama’s lack of leadership has the world teetering on the verge of a third world war.

Real leadership is needed, and that starts at the grass roots. I am at least thankful for libertarians at that level, helping alter the progressive tendencies the republican party was heading in.

Another issue I am reconsidering is my old stance against Israel. Now, the very creation of Israel after the second world war, much like the creation of Syria and Iraq after the first world war, has caused nothing but problems for the surrounding area for the last few decades. But to say, as I did over a year ago, that Israel is inherently evil, is perhaps naive. Now, the Zionist Illuminati, and other such organizations, those are I believe not healthy to the world, but the Israeli state now exists, for better or for worst, and I do not want to see the killing of innocent women and children. It is not the fault of those born there that the state exists. It is evil however for an organization to launch rockets at peaceful population centers and use women and children as human shields. As the state now exists, Israel does have a right to defend itself. Hamas is an evil terrorist entity. Their emblem includes the communist hammer and sickle. This has made me rethink everything.

As for the general rule that many libertarians are atheist, I do not believe a lack of faith is healthy in society. Lack of faith leads to empty vessels, and after a couple generations of this, they tend to be hungry for new faith, which can be easily steered toward evil. The rise of radical Islam seems to take place right behind the rise of socialism. Socialism is the moral decay of a society, which puts altruism above self interest on the national level. Once this takes foot, it is hard to stop.

I believe in morality, in doing good to others, but also doing well for yourself, and setting a good example.

As for drugs and gay marriage, I do not like the idea of legalizing drugs, but I can see that the drug war has done no good to communities. For gay marriage, how can you support a notion which is generally not accepted by the populace, and damns the very idea of marriage itself?

These are questions I pose not only to my self, but to all libertarians. The fact that a group of people within a country can discuss ideas of freedom in such a way, is a miracle unto itself, but I do not know if all inclusiveness is sustainable.

I pray for the restoration and growth of this great nation and of her people.

One thought on “Changes in perception on libertarianism”