This morning my wife and I attended the Eighth District Candidate Forum & Straw Poll in Eaton Ohio. After a pleasant 45 minute drive along country roads on one of the warmest days of the year so far, we gathered for the debate.

The two candidates running against Boehner for the republican primary are J. D. Winteregg, and Eric Gurr.
The reason for the primary against Boehner is simple. The guy is completely out of touch with the 8th district, and has become President Obama’s pet poodle.
Of the two candidates I like JD the most. He is young, articulate, and understands the game. He understands the tricks the progressives play on us, and knows how to take the fight to them. Eric Gurr sounds like a nice guy, but he doesn’t seem to be as in touch with the voters as I would like. His stance on immigration made my stomach turn, and granted a look of shock and appall from my wife. Eric was right that we should deport illegal immigrants, but dead wrong in suggesting we limit the number of legal immigrants and suggesting they should be deported also. My wife and I worked very hard to get me over here and spent a great deal of time and money jumping through all the hoops to get me to where I am today. JD’s stance however was spot on. He simply said that we should enforce our current laws, and send the illegals back to their home countries. This is exactly what needs to happen. I took comfort in a call from the audience when a guy shouted out “we’re all immigrants!”. Those who have studied American Immigration know that the current laws are designed to take the cream of the crop from other countries, and to allow families of migrants to move here after a number of years have gone by. It is a very well thought out system, that should be enforced as it is.
What Mr Gurr pointed out about immigration is that there are 100,000 immigrants coming over here each month, and only about 133,000 jobs being created each month. He used this to justify his stance against immigration. This shows how out of touch he is, and how he is ignorant of the fact that many immigrants actually create jobs in this country when they move here. Many immigrants are top scientists, engineers and technicians, taking jobs that cannot be currently filled by American workers. American exceptionalism comes not only from within this country, but from immigrants who move here and fulfill their full potential. Reducing immigration will do nothing for the economy and the people of this country.
JD was right when he said taxes and regulation need to be lowered, and that principles need to be restored in DC. As an immigrant myself, I can tell you that if it wasn’t for all the rules and regulations currently in place in this country, I would have a booming business, with many hired American workers. As it stands today, I can neither afford to hire any body, nor even think of climbing the mountains of paperwork and red tape to get started.
If we can get a politician like JD elected, if we can get people like JD elected all over the country, then the 100,000 immigrants moving legally to this great country each month, wont even put a dent in the new jobs being created. With politicians like John Boehner being voted out of office, and progressive policies being scrapped, jobs will be booming in this country once more. With spineless politicians being voted out, and principled politicians being voted in, we will rein in spending, and curb our deficit. Our country will turn a new leaf, and continue to be prosperous once more.
JD’s message is simple: cast a new light on DC, and when he says that I believe him. After the poll was taken, many in the audience felt the same way I did. JD won the straw poll, and I hope he gets the backing of the various Tea Party and liberty groups. I believe JD is our best chance and beating Boehner, and sending a message to DC, that we the American people, have had enough of career politicians, and progressive politics.
Let’s cast a new light on DC and beat John Boehner! 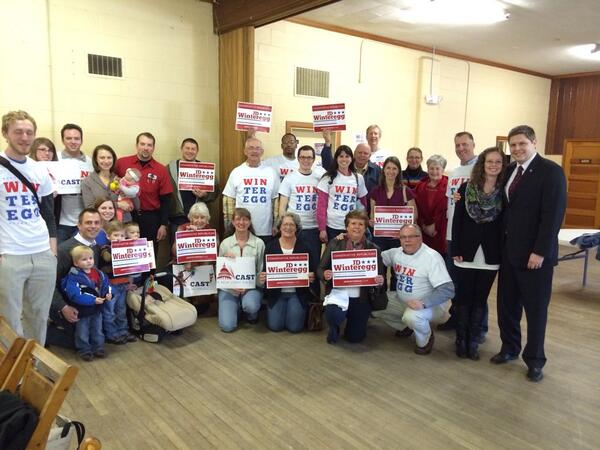 One thought on “Beating Boehner”