Last week my wife and I signed on a new house. I have spent the last week moving boxes, packing and unpacking, and finally this weekend I will have my own office where I can write to my heart’s content. I have come a long way in the last few years. As many of you know, I grew up in England, and immigrated here at the tender age of 20 years old. Since then I have worked my socks off and embraced as much information and wisdom as I could get my hands on. I have read everything from Joseph Campbell to Ayn Rand, and have held many schools of thought.

It’s hard to formulate a good post when you’re constantly on the move. Over the last few months my wife and I have spent our limited amount of free time searching for houses, while building up our business. It’s been a roller-coaster  but I now finally have a place of my own to call home. I now have my own little patch of earth that is mine to do with as I please (for the most part) and I feel proud to have come this far.

Some people are mind boggled by my posts and can’t understand what I’m really about. To put it simply; I’m all about being free to do whatever the heck you want to do, so long as you’re not harming anyone else. In essence you could call me a libertarian, but I’ve been known to vote republican, and I’m an active member of the local Tea Party group, which is essentially a hash of Reagan conservatives and young libertarians, looking to change the country for the better.

It’s been a bumpy road, and I’ve typed out hundreds of posts, some thoughtful, some furious, but always along the same line; leave me the hell alone, don’t tell me what to do, and give others that same freedom. I’m all about the individual. It is individuals who move this world, not some murky collective, which always blames others for its problems.

As I transition into my new home, I look back at my life so far, and can say that I am proud of the stances I’ve taken, of the positions I’ve attended, and the decisions I’ve made. Nowadays we’re told to compromise and not to be divisive. But if you are not decisive and take hard stances, how will the world ever progress? In business, if you don’t make hard decisions; you fail, and ultimately, whenever government takes over an entity; it fails also, it just delays the inevitable decline.

Now that I own my own property, I will fight harder than ever against the statists and the collectivists who wish to drag me into ‘the nothing’ that is their creed. I am an individual, I am a capitalist, I will be who I wish to be, no matter what any authority may do or say. 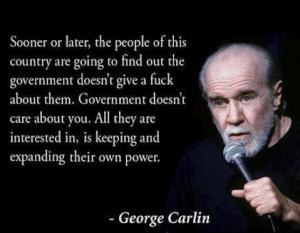 The liberty movement is growing. Last week I was lucky enough to meet such people as Libertarian Girl and Brad Lowry during the freedom expo event. Last week the anti gun bills were rejected, and just today CISPA was defeated in the senate. As we transition into dark times, with martial law being declared in Boston, and evil politicians trying to usurp our constitutional freedoms through traitorous bills, there is still light at the end of the tunnel, and I’m one of the people holding up that torch. It is my generation that has the most to lose or gain in the next few years. I already shrugged socialism once, but now there is nowhere else to go. America is capitalism’s last stand, and what a place to make it. The only country in the world founded completely on freedom. When I swore my oath to the constitution, I meant it, with every fiber of my being. I’m no nationalist, but I will not stand idly by while the greatest ever written document is shredded by oligarchs and looters.

Now that I have my own patch of earth to call home, I will defend my right to own it, and the rights of others to own theirs until my last breath, because life is precious, and it is too short to be lived in slavery to half witted politicians bent on global collectivism.

Keep up the fight and keep learning. I’ll be back and posting more often soon, but for now, the liberty movement is growing, and there are many of us out there carrying the flames.