So Barack Obama and many liberals want to take away guns from law abiding citizens. Has anyone thought to ask the question yet; ‘how will they take away these guns?’. OK kids, this is how they do it; they break into your house and steal them from you, and if you’re in the house they’ll probably shoot you. Does that sound much like a free country to you? No? That’s because it isn’t.

What about all the people being murdered by guns each year! I hear you cry. Well did you know that more people are killed in road accidents each year than in gun related deaths? Should we ban cars now for being too dangerous? 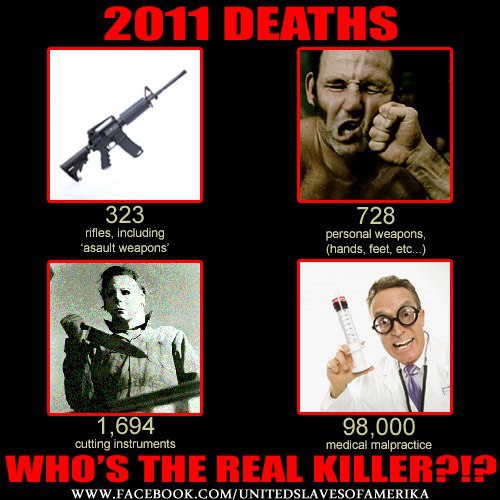 Well did you know that more people were killed last year by hammers than by assault rifles? Should we ban essential tools now for being too dangerous? But who needs an assault rifle anyway right? It’s not like the government is threatening to smash down your door in the middle of the night and take them away from you. Oh wait, yes, yes they are. You see, no patriotic constitution loving American is going to part with their guns because some criminal in Washington DC decided to make an executive order to ban them. It simply isn’t going to happen. If Barack Obama is stupid enough to sign such an order, or any other of the criminals in Washington DC are foolish enough to ram through new gun restrictions, they only thing they will be successful in doing is starting a civil war.

You see the second amendment isn’t there to allow us law abiding citizens to go duck hunting, it’s there so that we can defend ourselves from enemies both foreign and domestic. Neither the Japanese during the second world war nor the Russians during the cold war ever seriously thought about invading this country because they knew that there would be an American with a rifle behind every blade of grass. 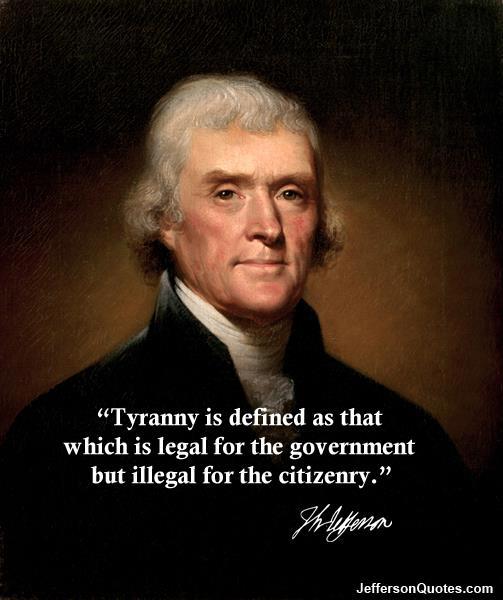 To be fair to Piers Morgan, yes there were very few murders in Britain last year at the barrel of a gun, while there was a staggering number in America. But to be fair to Alex Jones, you’re right, violent crime skyrocketed in Britain after the gun ban, while violent crime has fallen significantly in America over the last decade as gun sales have only continued to grow. Traditionally America has always been more violent than Britain, but as statistics show; gun control doesn’t work. It takes the weapons out of law abiding citizens while allowing criminals to do as they please.

Incidentally all the greatest dictators of the last century abolished gun rights and confiscated weapons before mass murdering millions of people. Just food for thought. 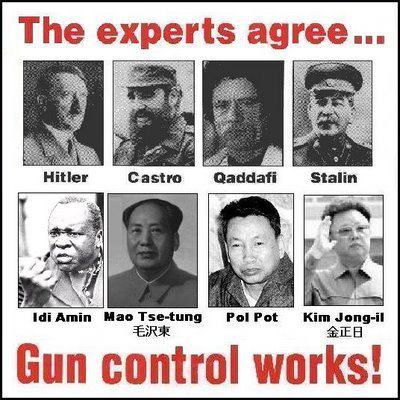 Thanks for thinking that banning guns will help reduce crime, but unfortunately you’re dead wrong, its effects are the exactly opposite. If its all the same to you, I’ll keep my guns thanks. With mindless do-gooders enabling a psychopathic government to get away with whatever it wants, I might just need them to save myself from a concentration camp in the near future. Sorry, they don’t call them that anymore do they, what’s the new name? FEMA camps aren’t they? 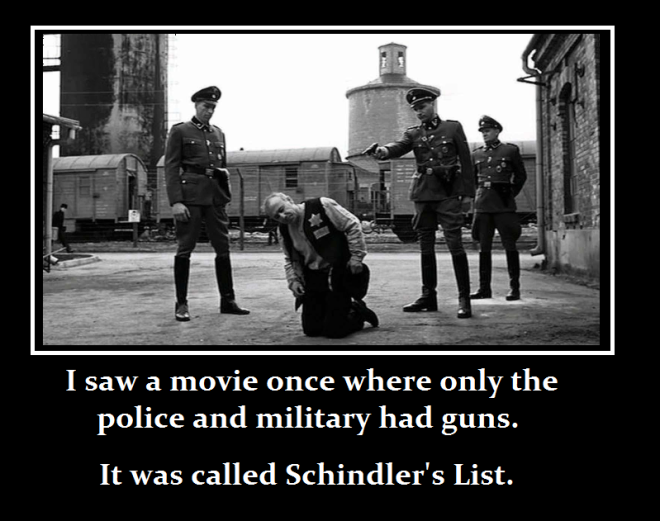 Sorry I won’t be going to one of those. Like many millions of Americans, I’d rather die protecting myself and my family first. And that’s what the second amendment is all about. But I’m no nut case. I’ll never pick up my guns in anger, like millions of other Americans I only keep them just in case I ever need them. I pray the liberal government and its supporters come to its senses soon because people like myself are not interested in getting into an armed conflict either here or abroad, we’re only interesting in the ability to defend ourselves in our own homes.

But I’ll tell you what, if the government disbands the military, and officials give up their armed guards, I’ll consider giving up my firearms. But they won’t do that, they have those weapons because they understand that they’re there for their protection. Except that I and millions of other Americans have never fired our guns in anger, all the while these bureaucrats have started multiple wars and murdered hundreds of thousands of innocent people overseas. So who’s really the nut case? 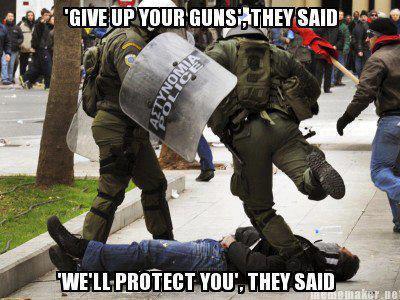 You have to decide, and before long you’ll have to choose a side. Because it won’t be people like me who start the conflict. I’m doing everything I can to avoid it. It’ll be the bureaucrats in Washington who start this war. They’ve gone too far, and soon enough they’ll realize it, and by then it may be too late. So if it’s all the same to you, I’ll keep my guns thanks, just in case.

4 thoughts on “I’ll keep my guns thanks”