My wife and I left the gym yesterday evening as the sun began to set. We both felt good from the exercise, and we were hungry. Our car was thirsty also; so we gave it some gas, and bought some groceries for our dinner. When paying for the items and gas, I looked at the newspapers sitting in the magazine rack. Every single paper had a headline that read something like this: ‘It’s all over, Romney will now be the republican nominee’, since Rick Santorum had dropped out of the race the day before. All the newspapers were now reporting, no, I should say; selling; the idea that Mitt Romney is now the only option to be the contender against Obama.

The mainstream media has become such a tool of the establishment, that it now creates the news articles, instead of reports the facts.

You see; the election process through the primaries is not like American Idol, where the most popular person wins, (the funny thing is, Romney is not the most popular, Ron Paul is, but they don’t want you to know that) it’s about how many delegates you can get, and how well you are able to steer the process at the convention in August.

Yesterday I mentioned How Warren Harding won in 1920 with just 6% of the delegates.

Reflecting back to the exercise we had just had at the gym, I remembered watching the television screens above the exercise equipment of all the mainstream news networks. None of them were reporting real issues in the world; all of them had talking heads with view points and discussions.

You see, modern American mainstream media has nothing to do with actual facts or real events in the world anymore. It’s all about talking points and politics. It’s like watching a very dreary drama of he said she said rhetoric. You end up more confused after watching one of these discussion shows than you did before you wasted your time sitting down to watch it.

A number of fox news contributors do a good job of bashing the left and the progressives. Yet many do not see that they are wrong also. It is possible to be a statist on either side of the political spectrum. It does not matter that you hate the liberals or the current president, if your ideas are statist from the other side, then you are just as bad. 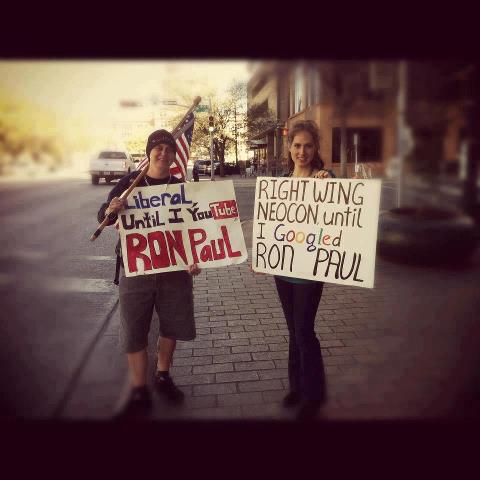 I urge each and every one of you to start looking at independent articles from a variety of different sources. I have links to a few on the sidebar of this blog. My favorites are What Really Happened, Prison Planet, Press TV and The Cato Institute.

And please, like anything in life, take these sites with a pinch of salt. I find myself agreeing with many of the articles, but not all of them. Do not become a sheep that follows everything that one person says, or one source or network. Be an individual and feed your own thoughts from a variety of crops of information.

Having not watched mainstream media television for three months now, my mind feels so much lighter, and I see the reality of the world with a much clearer perspective. I invite you all to do the same.

4 thoughts on “The Mainstream Media Creates the News”